AUTOMOBILES LIMITED in Grote Street was the first declared agency for AMILCARS in South Australia. The Managing Director was HIRAM M. DRUMMOND and later, the agency was to take his name as sales and premises expanded.

The first reference to AUTOMOBILES LIMITED so far found is in The News on 29th July 1924 – abridged as follows –“A NEW CAR IN ADELAIDE” – “Automobiles Limited, which has the agency has fitted one chassis with an Australian sports body, and the whole is a remarkably neat job, with lines that any owner would be proud of. The Amilcar will be sold complete with sports body, enamelled blue or red, and five wire wheels and tyres.”

It is possible that the actual car referred to above is a Grand Sport, but could also have been this car below – 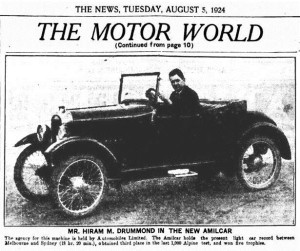 DRUMMOND’S AUTOS LIMITED is the better known Amilcar agency of South Australia and were based from premises in the north-western corner of Light Square, a location which had previously been used by H.M. Drummond for used car auctions. Drummond’s were particularly active in the mid 1920’s and at one point in 1926, Drummond’s boasted a delivery of cars to customers at the rate of one per day. How long this lasted is not known but there may have been a lack of supply from ships with stock arriving in Australia. 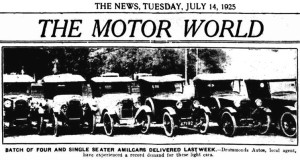 In October 1925, sales of Amilcars had been sufficient for Drummond’s to call the first meeting of the Amilcar Owners Club at 7.45pm on 21st October, which was well attended.

As well as Amilcars, Drummond’s also sold Flint, Moon, Armstrong-Siddely and Trojan cars. By 1929 they had moved again to larger premises at 101 Franklin Street and from early in 1925 also had an agency in Broken Hill.

Regrettably, the depression years caused such a downturn in demand for all luxury items, such as cars, that Drummond’s closed their doors forever. The exact date of the closure of the business is not known but there is an Amilcar C4 tourer with Richards coach work which dates 1927 and advertising was continuing in newspapers in 1928.

H.M. Drummond had been a very entrepreneurial businessman who had actively promoted sales of all his car makes, but none more-so than the French Amilcars, which enjoyed extensive sales success, not only in Adelaide and its suburbs, but also extensively in country towns stretching far and wide across the State. The number of Amilcar’s which have survived in South Australia is quite remarkable and is an indication of a very active agent, not to mention the rare models which were imported and successful including the Grand Sport and the touring E series. More E series Amilcars ended up in South Australia than anywhere else in the world. Drummonds had also used racing and all forms of automotive competition such as city-to-city record-breaking, night trials and reliability trials to promote these feisty little voiturettes.

Drummond’s legacy to us is in the Amilcars that remain, today, in such numbers that has ensured Adelaide is still well supplied over 90 years later!

This brass and nickel Drummond’s sales plaque was fixed to the dashboard of customer’s cars. This graphic has been restored from a battered example that was removed from a 1925 G-series car. 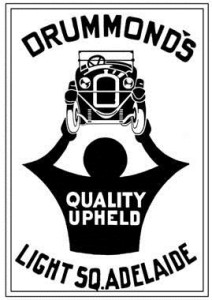 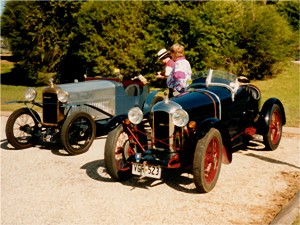 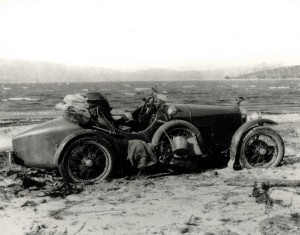 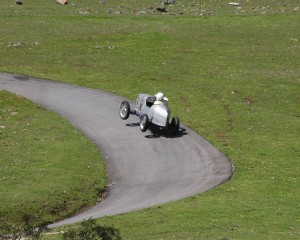